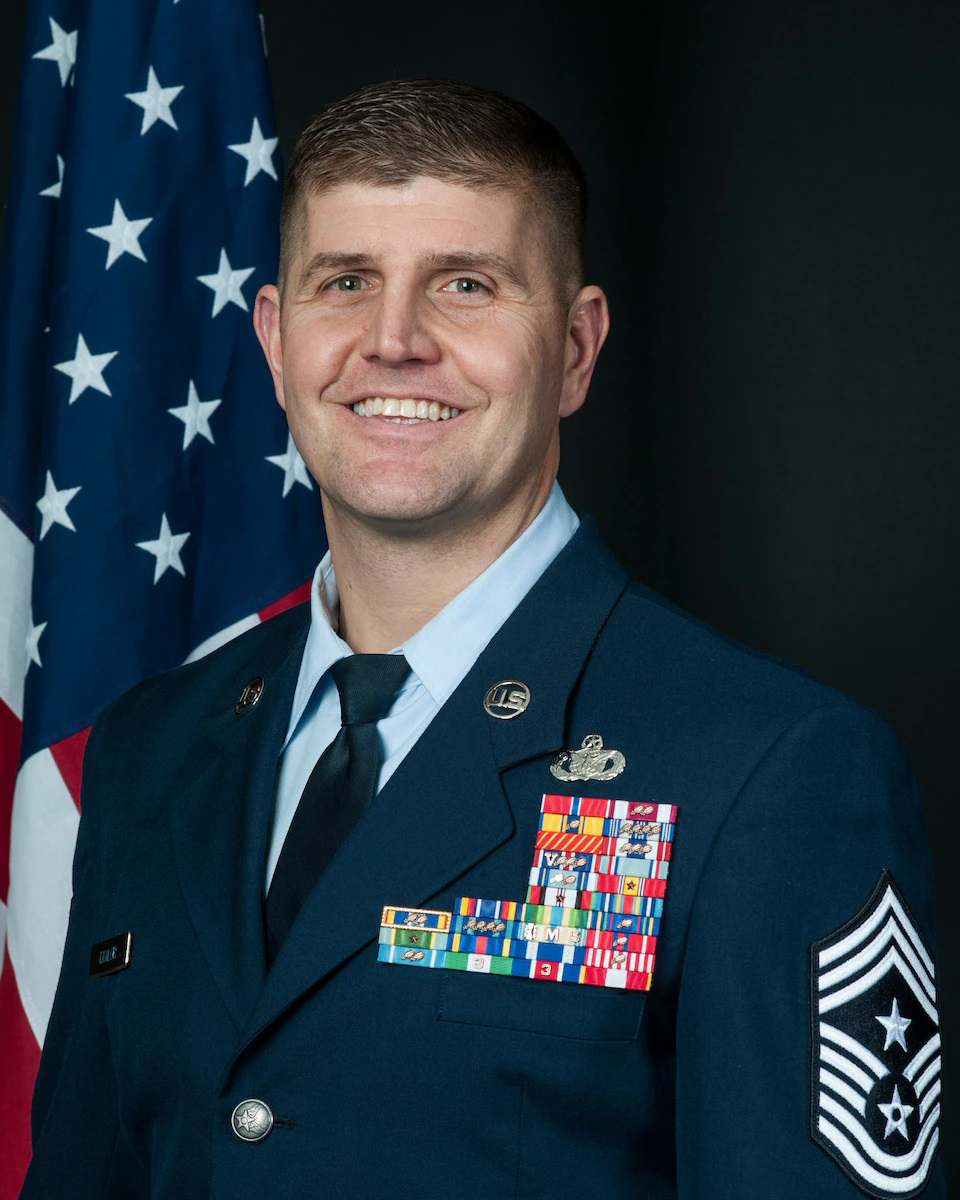 “Serving the nearly 5,000 Airmen within the state of Ohio is certainly my greatest honor while serving in uniform.”

During his military career, he has deployed five times including to Turkey, Afghanistan and Qatar. He has earned several awards for his dedication to the Ohio Air National Guard, to include the Bronze Star Medal, Air and Space Commendation Medal and the Air and Space Achievement Medal.

“Serving the nearly 5,000 Airmen within the state of Ohio is certainly my greatest honor while serving in uniform,” Taylor said. “My average day can be busy, and certainly every day is different regarding the schedule, the tasks and travel but at the core of the job is our Airmen, that is always the constant and that is always my job.”

Taylor attributes his success to the continued support he receives from his family, to include his wife, who serves as a senior noncommissioned officer at the 121st Air Refueling Wing, and their three children.

“I simply could not be me without them. My family and immediate family have legitimately made serving as the state command chief possible,” Taylor said. “Without them and their support, I could not have made it to the rank of chief master sergeant.”

In addition to the support he receives from his family, Taylor said his fellow Airmen and previous mentors have molded him into the leader he is today.

“I fully believe that no Airman gets to be a chief master sergeant on their own, I was blessed to be surrounded by amazing mentors and coaches,” Taylor said. “Since you can never pay that back, I will spend the rest of my time in uniform paying it forward.”