The unit invited current members, their family and friends, and prior members to join them in a private ceremony to pay tribute to the wing’s aviation history, as it prepares to enter a new era with a non-aviation-based mission.

Col. Darren Hamilton, 179th Airlift Wing commander, opened the ceremony thanking those in attendance and briefing an outline of the plan for embarking on the ceremonial final formation flight, followed by remarks regarding the historical significance of the day for the crowd in front of a C-130H Hercules static display.

“It’s tradition to have a ‘fini flight’ for aviators flying their last time. In this case, it’s a symbolic final flight for our C-130 community, a mission that has been our identity in Mansfield since 1976,” Hamilton said. “We will continue to fly this mission into early June when the last of the iron leaves the ramp, but this was our last chance to give it the ceremonial ending it deserves and share that with our past and present members, their families and friends.”

Hamilton has been a part of this C-130 community his entire life. He looked into the crowd and identified prior members who helped him along the way, detailing how he first visited the base as a child, later joined as an enlisted C-130 maintainer, took advantage of the Ohio National Guard’s state tuition assistance to obtain his degree and commission as an officer, and eventually flying the C-130 and becoming the 179th Airlift Wing commander. 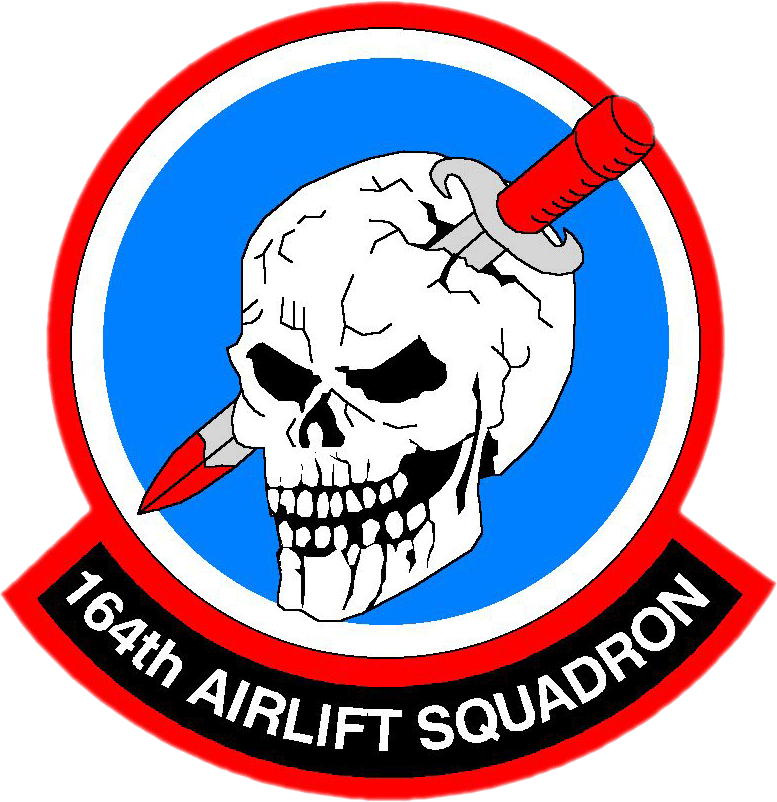 “The skull patch that you see on our 164th Airlift Squadron is world-renowned. The heritage goes back to 1942, when it was first flown with the 363rd Fighter Squadron in World War II with aces like Bud Anderson and Chuck Yeager. Then in 1946, they transferred that unit to Mansfield and it was formally recognized by 1948. That’s 74 years, officially, of flying here and if you go back to the World War II lineage, that’s 80 years of flying.”

“The skull patch that you see on our 164th Airlift Squadron is world-renowned. The heritage goes back to 1942, when it was first flown with the 363rd Fighter Squadron in World War II with aces like Bud Anderson and Chuck Yeager,” he said. “Then in 1946, they transferred that unit to Mansfield and it was formally recognized by 1948. That’s 74 years, officially, of flying here and if you go back to the World War II lineage, that’s 80 years of flying.”

Ohio is home to a rich aviation history, including being widely known as the birthplace of aviation, with the Wright brothers hailing from Dayton. The unit stationed at Mansfield Lahm Air National Guard Base has a rich military aviation history.

The 363rd Fighter Squadron was established at Hamilton Field, California in December 1942. The skull was first painted on a P-39 Airacobra door and followed the unit to World War II, flying the P-51 Mustang. The wartime 363rd Fighter Squadron was redesignated as the 164th Fighter Squadron and was allotted to the Ohio Air National Guard May 24, 1946, bestowing the lineage, history, honors and colors of the 363rd. The 164th was organized at Mansfield Lahm Regional Airport, which is named in honor of Gen. Frank P. Lahm, a military aviation pioneer born in Mansfield who is credited for his contributions to bring flight to the military after flying with the Wright brothers.

During the F-84 fighter era, Fred Haise Jr. flew with the unit before going on to become an astronaut and flew as the lunar module pilot in the historic Apollo 13 mission in 1970 (READ STORY).

Hamilton acknowledged the transitions from one aircraft to another have always been hard, but this may be the greatest challenge yet.

“This unit is historically resilient; time-tested and able to adapt to any mission and get the job done,” Hamilton said. “There have been many mission changes in our past, different air frames and different skill sets needed, but the culture has always remained its strength. It’s the people who have made this installation a success in whatever the mission has asked of them and it’s the reason they will continue to make history.”

During the tribute ceremony, two C-130H aircraft flew in formation, each performing an air drop visible to the crowd and then performed a low altitude pass over the historic hangar 102, finally taxiing in where they were greeted by the fire department’s water arches as they parked.

“This is a difficult and challenging time for many of our members, past and present,” Hamilton said. “Today we acknowledge the loss of an aviation-based mission in Mansfield as a sad day for many, (but) we honor the accomplishments of all those who have served this unit in its storied history.”

Although the loss of the aviation-based mission is not easy for the unit’s Airmen, past and present, it is important to recognize that the unit will carry on its legacy as it transitions to this new era as the 179th Cyberspace Wing.

“We look to the future with optimism. We recognize the history this unit continues to make. Being selected to become the first cyber(space) wing in the Air National Guard is another historic milestone in a long tradition of adapting to the call of duty,” Hamilton said. “In a world of increasing technological advancement, this new mission secures Mansfield’s future as a vital contributor to the defense of Ohio and this great nation, for generations to come.”