Soldiers with Findlay’s Company F, 148th Infantry gather for a unit photo during annual field training at Camp Perry, Ohio in 1947. The various weapons systems used by the company can be seen laid out in front of the Soldiers. 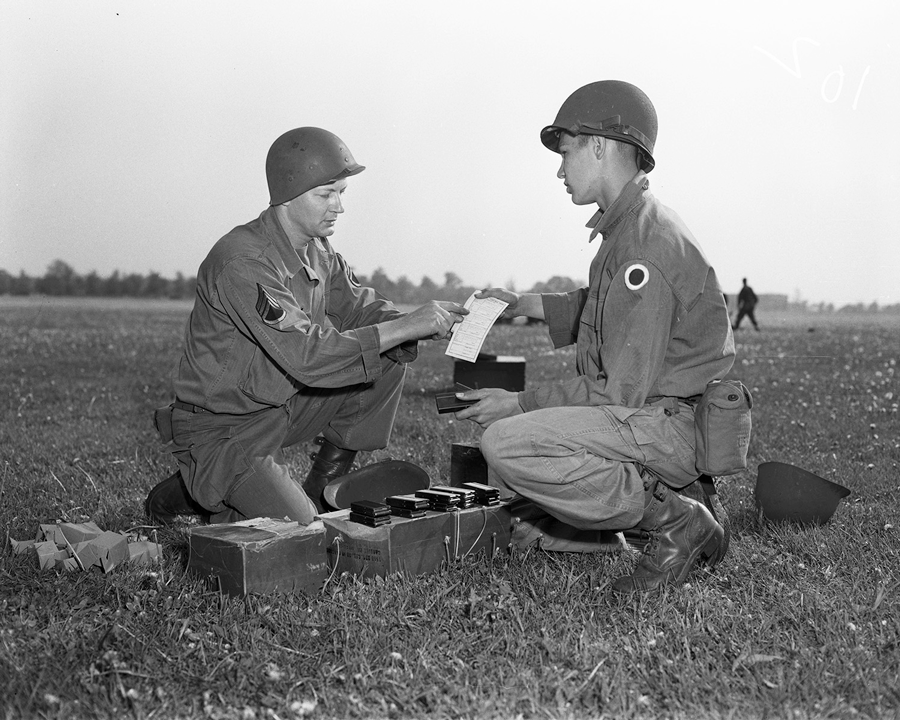 A noncommissioned officer (left) from the 37th Infantry Division instructs a young Soldier during rifle qualification, circa 1947. Many NCOs and company grade officers were World War II veterans, who used their experiences and knowledge to quickly train new recruits. 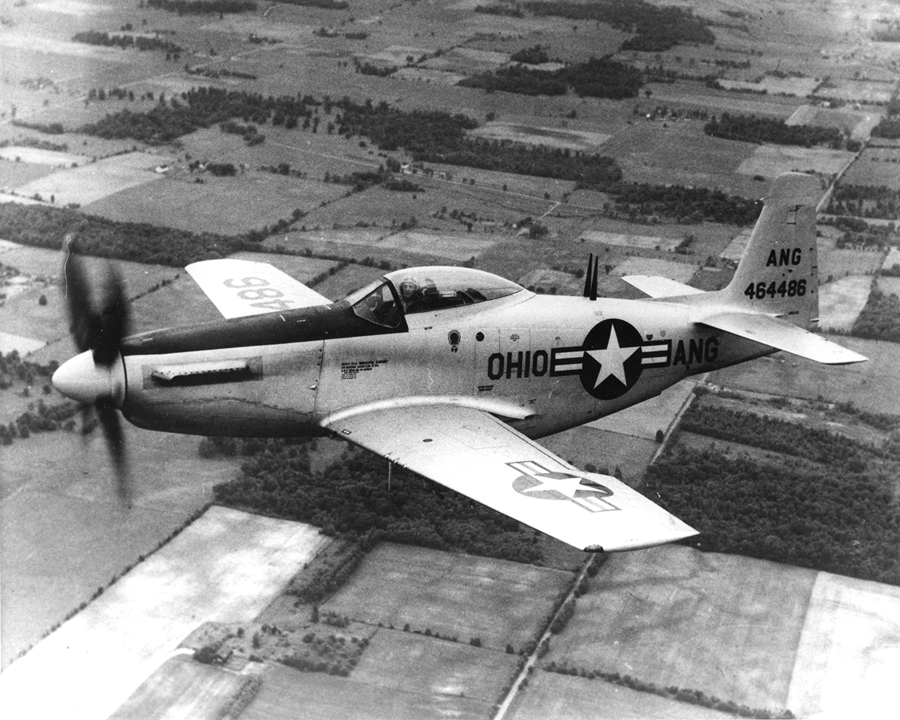 The 55th Fighter Wing was allotted to the Ohio National Guard and received federal recognition on Dec. 7, 1947. Flying units of the wing were initially organized at Lockbourne Army Air Base in Columbus, Dayton Municipal Airport in Vandalia, Cleveland Municipal Airport and Cincinnati’s Lunken Airport. Relying heavily on World War II veterans who flew in the Army Air Corps, the wing quickly expanded with units in Mansfield and Springfield by the time the Ohio Air National Guard was organized with the implementation of the National Security Act of 1947, which established the Air Force as a separate branch of the armed forces. This F-51 Mustang of the 166th Fighter Squadron is shown in flight over Ohio, circa 1948.

No sooner had the guns fell silent at the end of World War II, the Ohio National Guard began to make plans for its reorganization back home. The state was initially allotted an authorized force structure totaling 27,000 officers, warrant officers and enlisted men. The largest piece of that was the reorganized 37th Infantry Division which consisted of three infantry regiments, a division artillery of four field artillery battalions, an engineer battalion, medical battalion, band, and recon, military police, maintenance, quartermaster and signal companies. Maj. Gen. Leo M. Kreber, the wartime division artillery commander, was selected by Gov. Frank Lausche to command and organize the division.

Recruiting efforts during the early months of 1947 showed promise and by April, 114 out of the 229 units allotted to Ohio had received federal recognition. Any unit federally recognized on or before April 15, 1947, were authorized to attend field training in July at Camp Perry, located near Port Clinton, Ohio. By the end of 1947, the state had recruited 8,434 members and had 160 units with federal recognition. At the close of 1948, 12,663 Soldiers and Airmen were on the rolls of Ohio’s Army — and now separate, as dictated by the National Security Act of 1947 — Air National Guard.