As the sun began to rise over the flight line, the aircrew was already hard at work. Preparing themselves and the aircraft by attending early morning briefings and conducting preflight inspections hours before the plane was ready for takeoff, to ensure success in completing their mission at hand.

For aircrew from the 164th Airlift Squadron, part of the 179th Airlift Wing in Mansfield, Ohio, this is just a glimpse of how their days began at Pope Army Airfield, accompanying the active Army’s 82nd Airborne Division, to strengthen their airdrop skills through personnel and heavy equipment drops.

Tech. Sgt. Megan Zimmerman, a loadmaster with the 164th, said getting to participate in training events like these are an experience like no other.

“Being able to participate in these trainings here gives you opportunities to do things you don’t get to do at home,” Zimmerman said. “We don’t have the facilities, drop zones or personnel to do these trainings, so getting to come here and practice them is vital to helping us as aircrew members stay ready when we are called upon.”

One of the air drops the crew practiced was High Altitude Low Opening (HALO) drops, which is when an aircraft is required to fly at higher altitudes in order to remain unseen while in enemy territory. In these situations, the paratroopers free-fall for a period of time, then open their parachute at a lower altitude.

These types of drops are also challenging for the aircrew, due to the lack of oxygen at such a high altitude.

“HALO jumps present their own kind of challenges, much different than static line jumps that are completed at a lower altitude,” Zimmerman said. “Anytime we fly above 10,000 feet, we are on oxygen. This limits our movement in the plane because of being hooked up to the oxygen, so being able to practice these jumps helped us to see how we needed to adjust how we operated, to accommodate our limited movement, to still get the job done.”

The other type of personnel drops the aircrew participated in were static line jumps. These jumps are performed at a much lower altitude. A static line, or cord, is attached to one end of the aircraft and the other to the paratrooper’s deployment bag (D-Bag), a bag that the parachute is packed into. As the paratroopers begin to jump out of the plane, their static line becomes tight and pulls the parachute out of the D-Bag. The static line and D-Bag remain in the aircraft as the jumper exits, giving the jumper’s parachute the ability to open and support the jumper.

These drops, although different than HALO drops, rely heavily on the aircrew in order to be completed safely and efficiently.

“With the static line jumps, as loadmasters, we open the doors and ensure it is safe for them to jump out of,” Zimmerman said. “The jumpers exit the plane rapidly and we are constantly making sure no one is getting wrapped up in the lines as they jump. As the jumpers exit the plane, we pull in the D-Bags that are hanging out of the door and immediately begin preparing for the next round of jumpers.”

“Although they both present challenges different from each other, they are great opportunities to experience,” Zimmerman said. “Getting to work alongside different branches in training situations like these is so important. It gives us and the other branches the chance to see how the other one operates, so that when the time comes that we are overseas together or in combat situations, we will be more prepared to work together and execute the mission flawlessly.”

For Staff Sgt. Zack Caudill, a loadmaster with the 164th, these training opportunities are vital in staying prepared for whatever their job throws at them, he said.

“It’s really important for us to be involved in these trainings because we don’t get to do it all too often, and the one or two reps we get prepares us for the real thing,” Caudill said. “I think nothing really prepares you for combat like combat, but if this training shaves off the second or half second that you need, a lot of times that half second can be the difference between living or dying.”

The heavy equipment drop, much like paratroopers, is something we don’t get to do very often and is extremely versatile,” Caudill said. ‘We’re dropping a bunch of different things and just like combat, you never know what you’re going to be dropping so this allows us to do different things and then get ready for those situations.”

Looking to the future, the aircrew hopes to continue participating in these training opportunity, as they know practicing these skills are vital to staying prepared for completing their mission when the time comes.

“This is the only thing that can truly get us ready,” Caudill said. “Just like with any other profession, the more you do it the more perfect you’ll be, and even perfect isn’t perfect, but practice gets you to that point where you can execute everything to a T.” 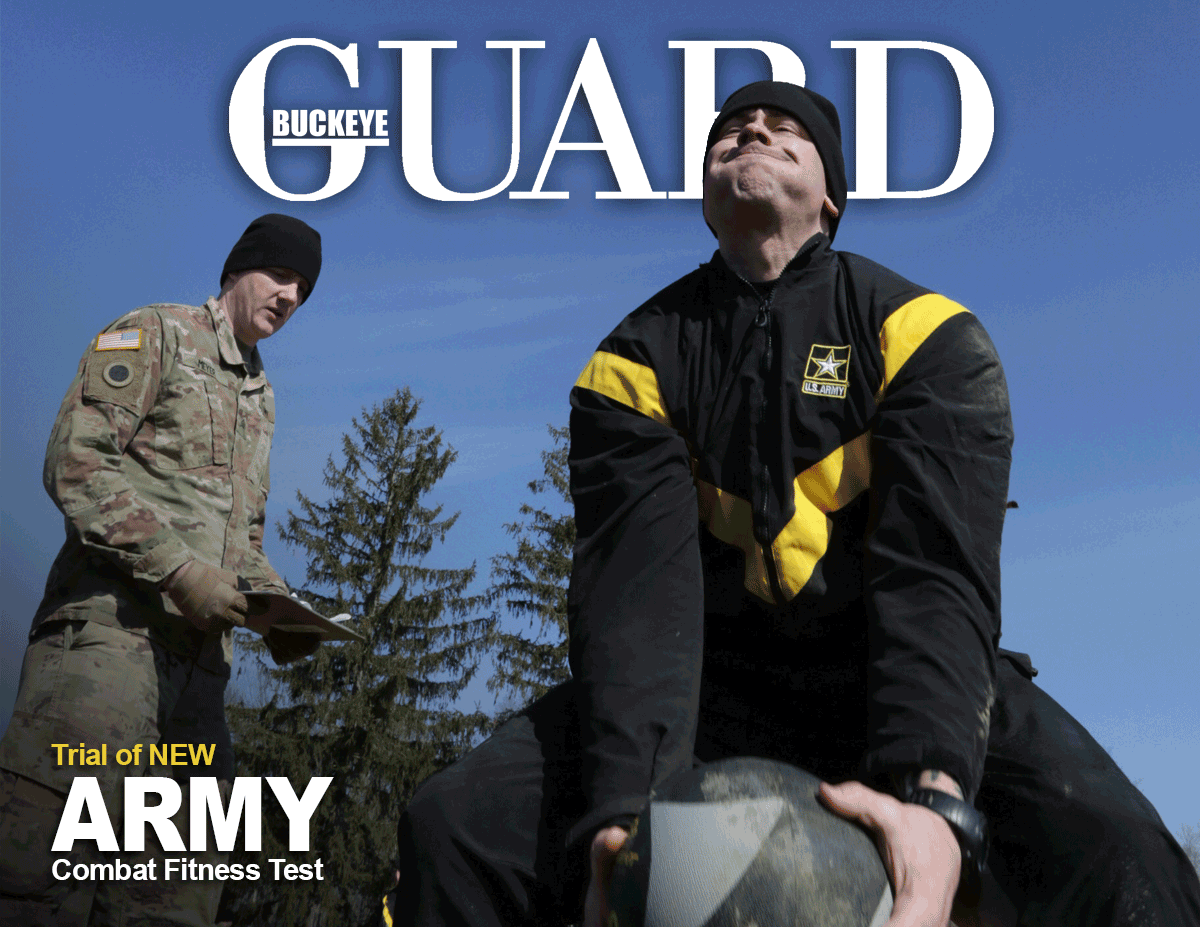