Up and down the green valley and rolling hills of Preševo in Southern Serbia, 10 countries’ soldiers endured the June summer heat and patrolled for peace under one banner: Platinum Wolf 19.

“The wave of the future of combined operations is all about international operations,” said U.S. Ambassador to Serbia Kyle Scott. “Having this close contact between the Ohio National Guard and Serbian Forces makes it all the more likely that we can work together in the future, and that’s hugely important for all of us.”

The SPP was launched in the early 1990s as part of Defense Department and U.S. European Command initiatives to engage with the defense ministries and armed forces of the newly independent nations of the Baltics, Central and Eastern Europe and Eurasia. All 54 state/territorial National Guard entities have partnerships now with nearly 80 countries around the world.

“Our Soldiers worked on peacekeeping missions with other countries,” said 1st Sgt. Juan Rodriguez, first sergeant of the 838th. “In a real-world peacekeeping mission, we might be part of a United Nations (U.N.) initiative, where we go to another country and maybe there are protests or a riot, maybe food hunger. These different units will be able to assist together to keep the peace while the U.N. is doing its mission.”

“The objective of the (Platinum Wolf) exercise is to enhance the interoperability and mutual understanding among the members of the partner nations’ armed forces at a tactical level during the execution of a peace support operation in a multinational environment,” said Serbian Armed Forces Brig. Gen. Slobodan Stopa, the 4th Army Brigade commander.

“In most U.N. peacekeeping missions it’s hard for one company, which is only about 140 some Soldiers, to actually execute their mission,” Rodriguez said. “When you have multiple companies from different countries being able to talk to different languages, being able to assist each other, it just works unifying them together.”

The two-week exercise, which served as annual training for most of the 838th Soldiers, was conducted June 3-18 at Serbia’s South Base — a training center designed in consultation with Ohio National Guard personnel — and the Borovac Training Area.

The 838th participated in Platinum Wolf 2018 and unit leadership said they plan to come back in 2020, so there is a developed cohesion between Ohio Soldiers and other participating countries. 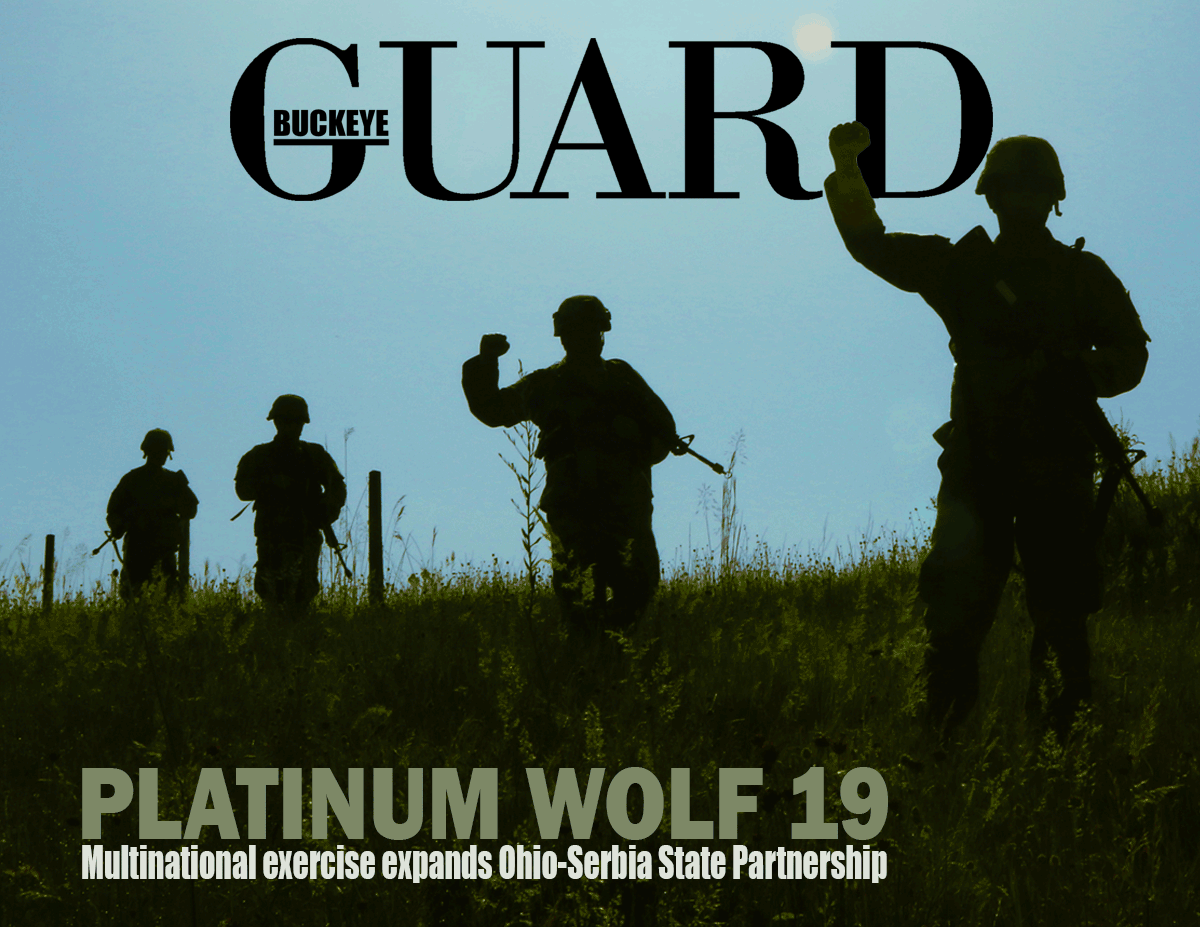