In this episode:
A more than 70-year history of flying at Mansfield Lahm Air National Guard Base has been celebrated with a ceremonial fini, or final, flight. Airmen, their families and former Guard members watched as the C-130 Hercules took to the sky for one of the last times as the unit prepares for an anticipated new era as a cyberspace wing.

Also in this episode: 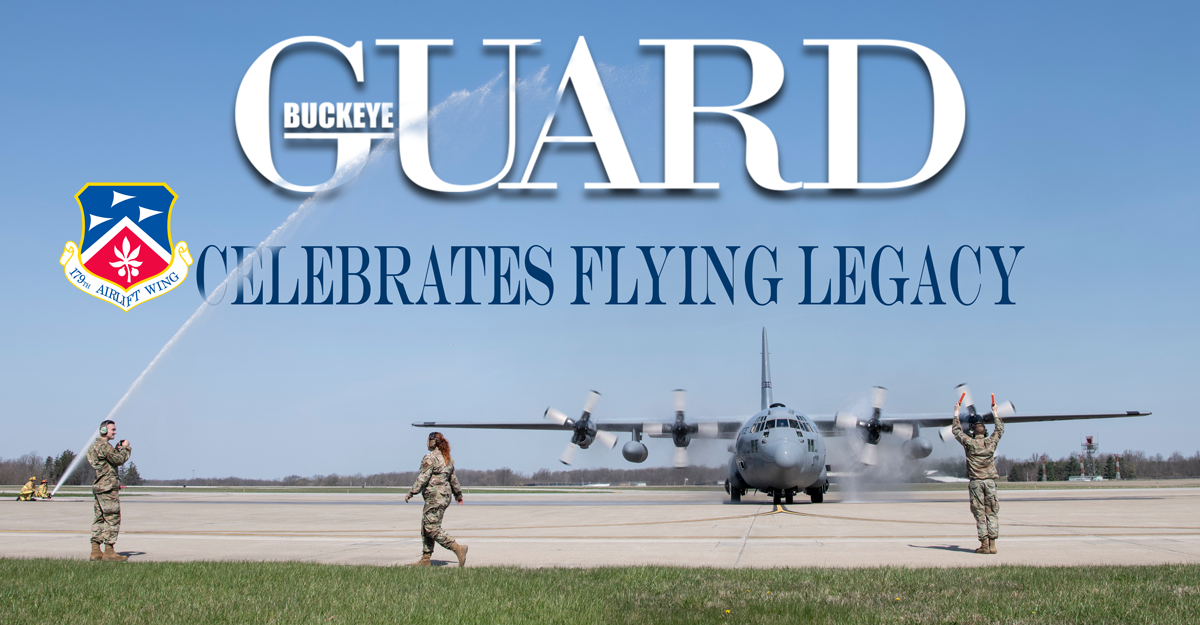 As the 179th Airlift Wing prepares to become the first Air National Guard cyberspace wing, the unit honored its 70-year heritage of flight during a tribute ceremony this spring. Also in this issue: Chief Warrant Officer 5 Richard Kerwood now leads the Ohio Army National Guard Warrant Officer Cohort; the 121st Air Refueling Wing is part in an Air Force-wide study to modernize height and body composition standards for enlisted aviator career fields; and meet Sgt. 1st Class Josh Mann, who for nearly the last 20 years has been charged with preserving the history and artifacts of the Ohio National Guard. Read these stories and more in the new Buckeye Guard online publication.